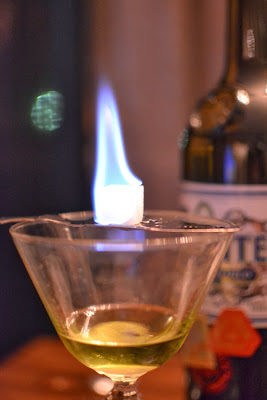 As best as I can tell, 2013 was a polarizing year.
Some people really struggled and some people had a wonderful time.

I am ready to move on with the New Year but I guess as per the usual blogging stuffs... I should review and recap last year....or.......Wasn't that supposed to be last night? or last week?
or last month?

I made over 50 paintings, I did some group shows and one solo show. My solo show had a morning TV segment on our local Fox television affiliate station where I was able to speak about my art. (note:   the link to the video does not work but the archived posts are here - I went back to the station's site and it looks like they only keep the vids up for so long...)
I also made some polymer clay figures and did a lot of mushrooming and natural photography. I am grateful for the lovely weather we had this year... most of it.

I got into gouache as a new near-the-top-of-my-list favorite medium, just under oils.

My Dad died May 23rd, 3 days after a really massive tornado (by Oklahoma standards) ripped through Moore and parts of the county near the hospital where we last saw him alive. They played Buddy Holly at his funeral, the music I grew up on as a kid, he played it to me on his guitars. It has been a weird time family-wise. That's about as much as I can write about it except some angry social media posts that typically get misunderstood. Lately I am finding more empathy and that is comforting.


Of my group shows, my favorites were Discernible Discourse at Mainsite Contemporary Art in Norman, and The Art of Bits at Istvan Urban Art in OKC....


I taught paint-and-sip classes. I also learned what I like and don't like about these, and now I offer recreational painting parties as one of my own services as self-contained.

Let's see... I was also told on Twitter that I need to blog more, or maybe less. Not sure.
I think I am being told to start this one I started in 2011.
Generally I do write a lot, and publish very little online. So if you think I write a lot now, consider that 90% of it is somewhere else. and another 2-3% of it deleted into oblivion (and please assume the grammar is much better in that 92-93%)

This year recap thing is actually fairly lengthy for me, and all the online guru-types say it will be bad if I publish it. I really don't give a poop, because I blog for me. It is documentation, yes it has "calls to action" in it, but I tend to have to go back and add those because they link up things and remind me of things. Okay... tiny recap rant over. (it wouldn't be something of "mine" without a pint-sized, slightly alexithymic rant. I should put them on the back of paintings... hmmm do i see a lightbulb over the top of my head getting brighter?)

As far as the New Year goes...

Here is my first painting. I created it for Brass Bell Studio's bicycle-themed Anniversary Show on Sunday, January 5th... just one day before my birthday!! :D

If you are new to this blog and are looking for more:

Thanks for visiting and best wishes for a wonderful 2014!