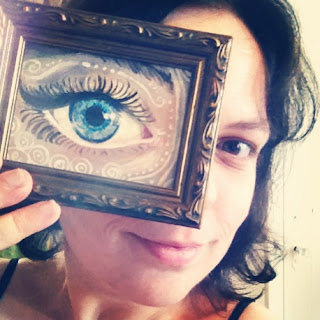 Amanda Christine Shelton lives in Oklahoma and makes mixed media art.
She creates 2-dimensional acrylic, oil, and mixed media paintings incorporating nature and fantasy. She also paints custom portraits, pet portraits, and murals, and shoots natural photographs around the state. She has been featured in Professional Artist magazine for her blog posts, and has created work for the State of Oklahoma and exhibits at the Oklahoma History Center. Amanda studied cognitive psychology at the University of Oklahoma and lives in OKC with her husband and rescue dog.

Art Sales, Commissions, and LicensingPlease email me if you wish to inquire about an artwork featured online or to request a commission. I am available for group and solo gallery shows, murals after a site visit, and illustrative work. Images featured online are available for licensing to bona fide publishers; interested parties please inquire by email at this time.


Selection of Past shows and events:Solo Exhibitions / Features
Group Exhibitions