I've been working on a new mixed media piece that draws inspiration from several sources- but centrally fungi and spores. If you have any question as to whether I like mushrooms, just catch me in a few months when I have gone morel crazy, or in the summer when I am trying to grow oysters from coffee grounds in a burlap sack or a cardboard box in the kitchen... >_>

This is something new I've been working on a little bit. I ended up putting a lot of frustration about other things into it. in fact it used to be something else, then something else... yay frustrating stuff. I actually don't mind if it becomes one of the oddities that stays with me forever, but I am thinking of exploring other ways to utilize sculpted mediums on traditionally wall-hung painted works.

It's 12x12 acrylic and polymer clay and string and paper on wood. the sculpted pieces are just a sort of vignette around the little painted area, I took a lot of pictures but don't really have amazing ones of the piece as a whole yet... although I do really like how some of the photographs of the details look on their own... they remind me of the fantasy murals I have painted in the past. 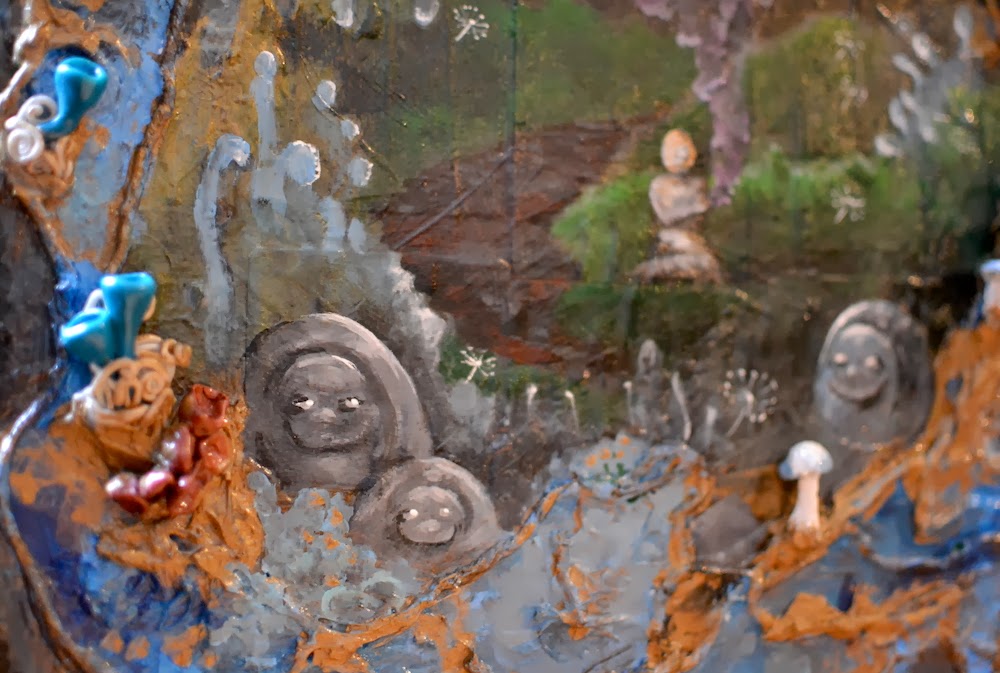 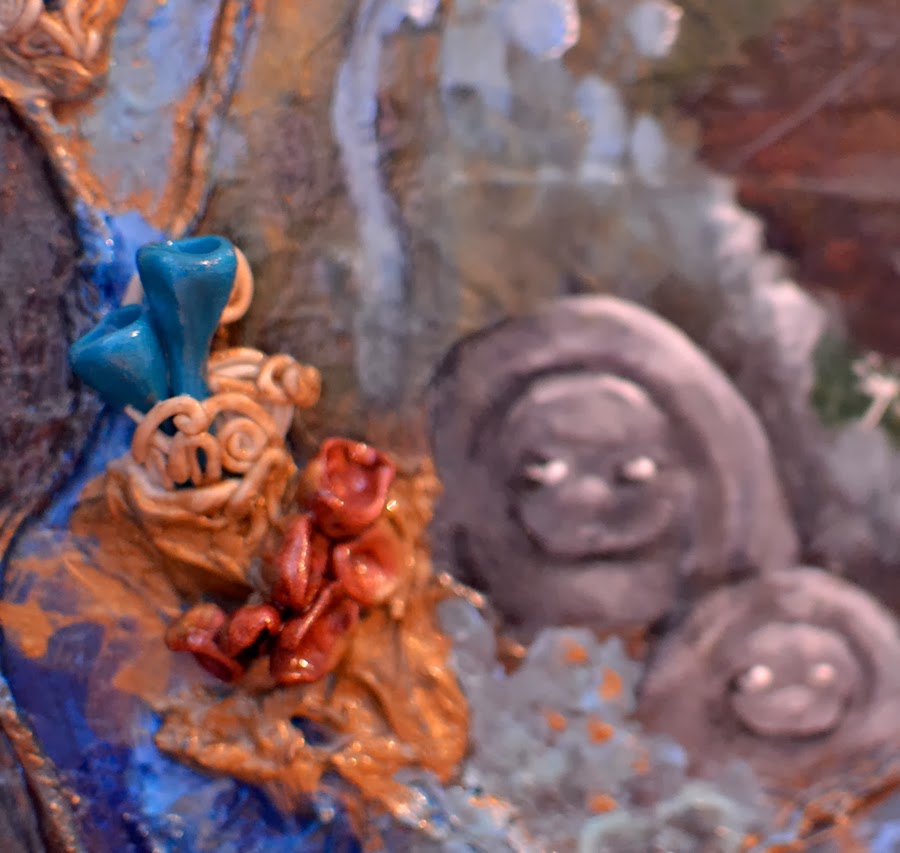 I have been asked when sharing this piece, if I used any of my actual spore prints in creating it... I did not, but the fungi are based on cup and gilled/oyster varieties with other characteristics that have been mixed around (such as gills and rhizomorphs), and the obelisk-like statues are inspiration from shrines illustrated in animation art forms.

Here is a photo of S. commune (split gill) mushroom spore prints taken last year, to show comparison... oysters and other tree mushrooms with gills make a lot of spores. For some reason, I get really allergic to the dust from man made elements and the mold inside houses/constructed buildings, but spores from fungi do not bother me (and some oyster mushrooms produce a LOT!) and when I was working in microbiology labs in college, it was more interesting and fun than allergy-inducing. It may have been the super-sterile conditions, sometimes when I am in my art studio I feel like I am in a science lab too ;)


For more actual fungi photos, check out my photography site.